Encouraging consumers to adopt healthier lifestyles through a balanced diet and more physical activity is a challenge for society as a whole. While people’s choices are influenced by a number of socio-economic and environmental factors, there are a number of tools which the food and drink industry can use to address this. Europe’s food and drink manufacturers recognise that they have an important role to play and are basing their activities in this area on sound, accepted science in order to bring benefits to consumers.

FoodDrinkEurope is a founding member of the EU Platform for Action on Diet, Physical Activity and Health, a forum of European-level organisations, ranging from the food industry to consumer protection NGOs, committed to tackling current issues relating to diet and physical activity. The European food and drink industry is a major contributor to the work of the EU Platform, accounting for almost half of all voluntary commitments and initiatives undertaken by Platform members. Such commitments are designed to meet the objectives of the Platform in order to improve consumers’ wellbeing. To that end, FoodDrinkEurope and its members have developed, supported and encouraged initiatives to improve healthy eating choices for consumers. These include initiatives undertaken in a number of key areas, such as, providing clear information for the consumer through the launch of different portion sizes and enhanced product composition labelling, optimising the nutritional content when reformulating existing and/or innovating new products and providing responsible marketing and advertising communications. The industry’s work around promoting healthier lifestyles is on-going.

A major milestone demonstrating commitment to the EU Platform for Action on Diet, Physical Activity and Health was achieved in 2005 when FoodDrinkEurope and several of its members pioneered the concept of front of pack nutrition labelling through the then-called “Guideline Daily Amounts” (GDA). The GDA scheme provides nutrition information on a per portion basis (in addition to that provided per 100g/ml in the nutrition declaration) and since its launch, it has seen a large uptake not only by both large and small food and drink manufacturers but also by many retailers. The scheme was not only adopted in Europe, but in many other regions around the world, including Asia, Australia and North- and South-America. As a consequence, consumers have become very familiar with GDA icons.

In 2013, in view of the changing EU legislation, FoodDrinkEurope reaffirmed its commitment to encourage consistent and harmonised nutrition labelling on the front of pack of food and drink products with the introduction of “Reference Intakes” (“RIs”).

In partnership with other stakeholders including governments, food chain suppliers and NGOs, Europe’s food and drink manufacturers continue to be active in promoting improved healthy eating choices for consumers.

Should you wish to find out more about FoodDrinkEurope’s activities in promoting healthier lifestyles and more balanced diets, please click here. 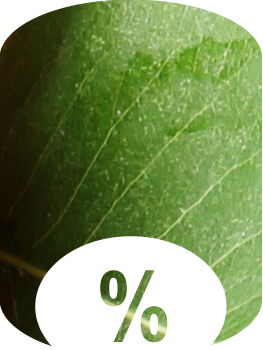